I went to Bilbao for a conference and to Barcelona for fun, since you've got to make the most of an international flight. Here are my thousand+ pictures of stoplights, crosswalks, bike lanes, and other stuff in Spain. 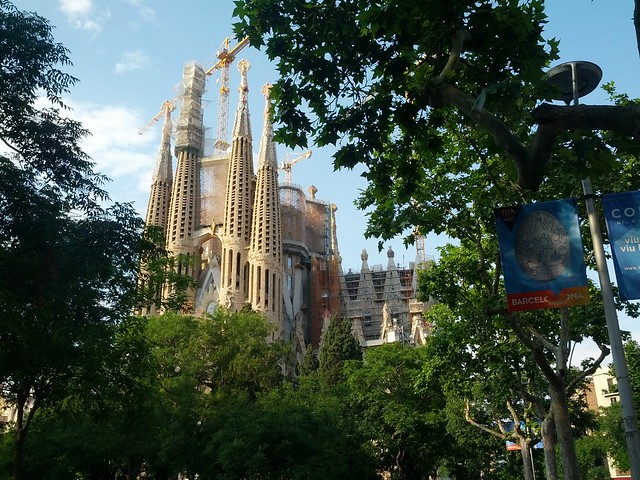 Today seems to be the day when everybody is posting about their sick cats, so I will too. Neo has cancer and it's too far along to do much besides encourage him to keep eating. He's a good cat.

I never post any more! But then sometimes I do.

Back in February, somebody broke into our garage and stole my bike. I hope the burglar gets lots of flat tires. Then I got sick and was in no state to be doing anything even vaguely active for a while. Fortunately that is over with now so a few weeks ago I went shopping for a new bike.

moominmolly asked for childhood pictures, so here are a couple. (Click to zoom)

Disclaimer: Pictures are not intended as an endorsement of biking on the sidewalk or of flooding the street.

The big thing this year was that somehow, unexpectedly, I went from being an unknown to being that guy who made those maps. Things that I made have appeared in more national and international media than I can keep track of, and people whose work I have long admired from afar know who I am.

At the same time, my professional accomplishments are probably less this year than any time in the past decade. My attempt to make myself more relevant by changing groups was utterly unsuccessful and I went back.

And my youthful immortality is gone. I'm not dead yet, but I've got gout, scars, congestion, soreness, and receding gums that are probably never going to get better, and it's bound to get worse from here. It makes it seem all the more urgent to do important things and to be places where I will have experiences before I am no longer capable of it.

The firm where Steph had worked for years melted down, but fortunately, after some anxiety, what remained of it was folded into a new one with greater stability and bigger opportunities for her.

Travels: Washington, DC has some phenomenal neighborhoods as well as its famous monuments, and it was great to see people in Maryland and Virginia. Covington, Kentucky has an amazingly lively and extensive walkable neighborhood for a city of its size, and many other cities with ten times the population would be lucky to have something so good. Santa Cruz has a pretty good downtown, and I visited the 37°N, 122°W degree confluence. We took the Coast Starlight to Los Angeles.

The same old hopes for 2011: to make something worthwhile, spend time in interesting places, and try to be a good person.

Who knows the least awful way to bicycle from Piedmont Avenue to the Lakeside Apartment district of Oakland?

The main problems with my chosen route: Webster is steep going under the freeway and ends at 29th Street before picking up again with an awkward left turn at 25th, and Franklin is all but useless as a through street because of the way it ends at 22nd.

I don't know how to fix Webster. Probably the best thing would be to forget about it entirely on the southern part and turn Valdez into a usable street between 21st and 28th. But there is no way to bridge the gap between 28th and 29th.

Anyway, here are the interviews for Kevin Lynch's The Image of the City, where people are trying to describe how to get to the Public Garden in Boston. Via Bostonography, via Tecznotes.

We're back from the East Coast. I should have more to say about that, but before I forget:

Washington, DC is a good place. Not all of it, of course -- there are plenty of parts of it that have been neglected, and others that have been damaged by well-intentioned but misguided attempts at renewal, and other parts that were probably never any good to begin with -- but there is enough that you can walk around for hours with fantastic new streets to explore waiting around every corner. In addition to it being a pleasant experience, I see this as validation of the geotagged photo methodology for identifying the places that people like the most, and of my own ability to tell good places from bad when I see them.

At the same time, spending all my time in a metropolitan area makes it easy to forget that there are lots of people who don't live in metropolitan areas. At home I can talk endlessly about how particular districts or streets or intersections could have been designed to make them more welcoming to pedestrians, but when you are 5 or 6 miles away from anything at all besides farmland and other houses, there is just about nothing on earth that is going to make you traverse that distance in any other way than by car. Wherever you are, most of the time you've got to do what the land tells you to do.

Steph eats corn like it was on a typewriter -- eating an entire row from left to right and then rotating the cob to bring the next row into place. She says all her relatives eat corn this way.

I eat corn like it was on a lathe -- rotating the cob to get all the kernels from each set of columns, and then shifting over to the next set of columns. I have no idea who else eats corn this way.

How do you eat corn?

Open to: All, detailed results viewable to: All. Participants: 24

How do you eat corn on the cob?

Like a typewriter -- eating from one side to the other and then rotating after a row is finished
9(37.5%)
Like a lathe -- rotating the cob and then shifting over after a column is finished
4(16.7%)
Some other way that I will describe in comments
11(45.8%)